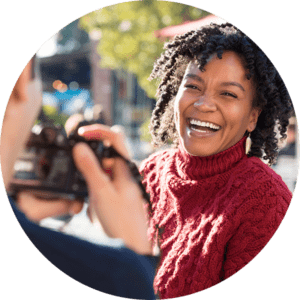 Will your next visit be to Canada?

Canada is an excellent place to vacation and tour, with its diverse landscapes and climate. Many people come here each year for vacation or to come and spend time with a family member(s) who may be living and making Canada their home. Some visitors will require a visa before they can travel, while others will require an ETA (Electronic Travel Authorization), if they are not visa exempt. Whether you are coming for Business; coming to visit a friend or family member; or staying for a long duration, it is important to understand your obligations and submit the appropriate application and supporting documentation. For an overview of the applicable categories and requirements, please see some of the options below or contact Maple Immigration Services TODAY for more information

Click the status that applies to you for further details. 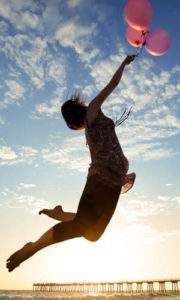 Canada is a tourist destination for many with its natural wonders; its diverse culture, rich nature and assorted wildlife and climates, many are drawn to explore this great country.In an effort to control the flow of people who come to Canada, some nationalities require a tourist visa or a TRV (Temporary Resident Visa) prior to their trip to Canada. This is an effort of the Canadian government as they want to ensure that the people who are coming to Canada do not pose a threat to the country, have the ability to support themselves while they are here, and most importantly, that they will return to their home country after their visit.

It is important to satisfy all of the requirements under this program and as such, the person who wishes to come to Canada on a Tourist Visa must:

This is only a visa to come and visit Canada and as such you are not entitled to work or study (unless it is a short-term course) or access any of the social benefit system. It does allow you to come and explore the country and stay for a short duration of 6 months but it is possible to extend your stay if you qualify.

With its thriving economy and diverse population, Canada is a prime destination for international businessmen and investors who want to conduct or grow their business relationships in Canada. The government offers a Visa specifically to allow these business visitors to enter the country to be able to conduct their business affairs while not entering the Canadian job Market.

Note: As of March 15, 2016, an eTA will be mandatory for certain visa-exempt foreign nationals who fly to Canada.

This Visa allows you to enter and explore Canada without a work permit to conduct your business activities. You are able to see and stay in the country for 6 months and it is possible to extend your stay, to further and continue business endeavours.

If you are a Visa-exempt foreign national who is travelling to Canada by air, you will need an Electronic Travel Authorization (eTA). You do not need an eTA:

Applicants must apply prior to booking any flights and will require a valid passport and email address to apply. Fees are required and the applicant will receive their eTA via email. An eTA can take up to 72 hours to process; however, most applications are approved in minutes. An eTA is an entry requirement for travellers from visa-exempt countries who fly to or transit through Canada and is valid for up to five years or until the passport you used to apply for your eTA expires. The eTA allows you to travel to Canada many times, and stay for up to six months (the border officer will tell you how long you can stay).

An eTA simply allows you the ability to be able to enter Canada as a tourist and is a instrument that allows you to board the plane and travel. It carries with it no other benefit than this and is necessary for travel. 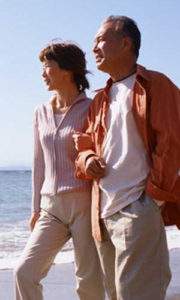 The laws of Canada that govern immigration make it a main priority to ensure that families are united and as such, this visa class allows for people who are citizens of Canada or Permanent Residents (PR) to act as guarantors for their parents or grandparents to visit and stay in Canada for long durations.

As the Parent/Grandparent sponsorship program is currently very limited due to large backlogs. The Canadian government introduced the “Supervisa”, so as to ensure that family members could come and visit for long durations in Canada. The visa is a 10-year visa and will allow people to come and stay upwards of 2 years at a time.

It is important to satisfy all of the requirements under this program and as such the person who wishes to come to Canada on a Parent or Grandparent Super Visa must:

This is basically a long duration tourist visa specifically designed for parents and grandparents. People who are on this visa are not entitled to work, or study (unless it is a short-term course), or access any of the social benefit system. It does allow for the family to be together and to be with their children and grandchildren while being part of the household here in Canada.

Speak with an Immigration Professional TODAY & get all of your questions answered!